We knew this year’s annual scholars’ conference would be a gamechanger for more than one reason. It was the first since 2019, the first after the difficult years of the pandemic.  Our approach to the event also signalled a new shift for us as an organisation to even more intentional and purposeful network building. For us, the pandemic was not only time lost but relationship deferred to an extent. That essential fuel of connection could not be the balanced meal of in person and digital communication as it normally is.

During these years, we realised the importance of network building. To quote one of our recently graduated PhD scholars, Dr Pretty Mubaiwa, ““there aren’t many mechanisms to access when you are experiencing trouble with writing, academic loneliness, opportunities to share your research and to learn from the wider academic community”.

At our 2022 Annual Scholars’ Conference, our renewed commitment paid off: fewer keynotes, much more time given for interaction, relationship building and community celebration. In taking these new steps forward we are returning to the ancient paths of the organisation, which had, since its founding, valued solidarity and personal connection to our scholars. Ethel de Keyser, our founder and long time champion, would famously hold lunches with scholars, meeting the UK scholars at the airport and keeping the connection going long after graduation.

See below for photos, videos and photo albums of the most important weekend on the Canon Collins calendar. 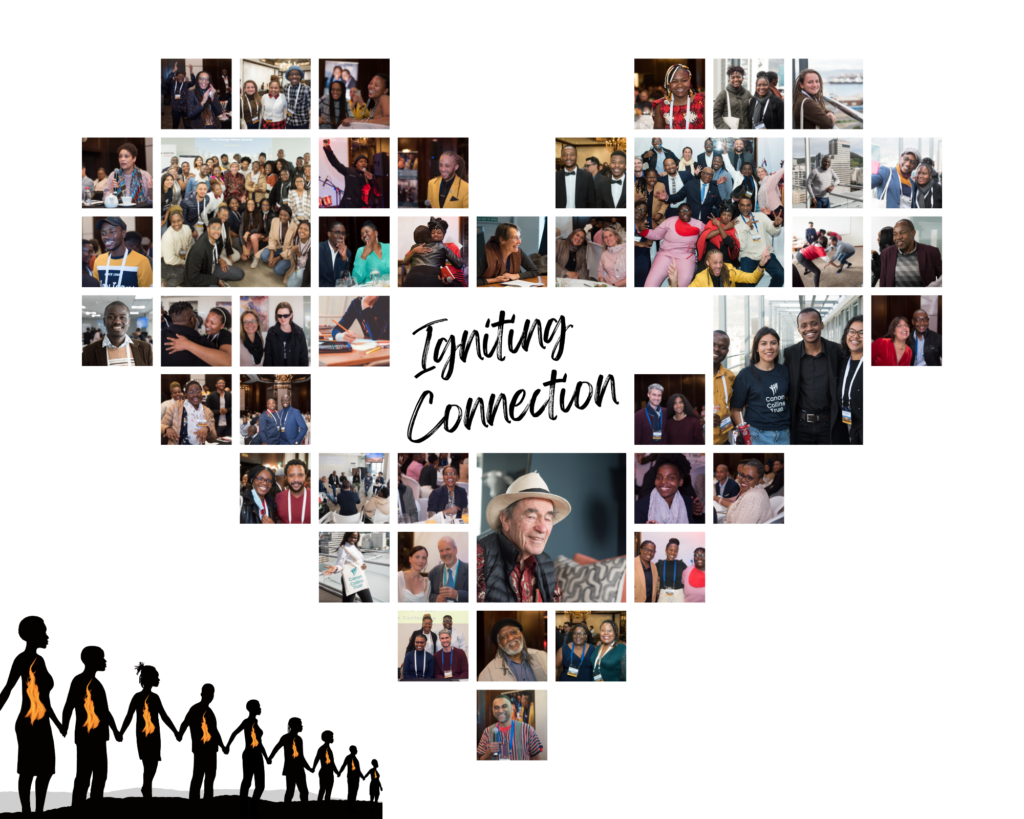 Scholar: Sanele Sibanda
Field of Study: Master of Laws in Human Rights and Democratisation in Africa, University of Pretoria

My resolution to attend the 2022 Annual Scholars Conference was impelled by my eagerness to finally meet the Canon Collins Trust board of directors and donors in person. I longed to simply exchange greetings with individuals who have made enormous investments in my studies and career, oblivious to the fact that the Conference would also make it possible for me to meet extraordinary individuals who I had not met in person.

I had a chance to dine with and tap into the expertise of Southern Africa’s brightest minds. If I were to summarise my networking experience at the 2022 Annual Scholars Conference, I would say ‘iron sharpened iron! I have never experienced something similar before and after mingling, and as I am in constant touch with fellow Canon Collins Trust scholars and alumni who have achieved seemingly insurmountable goals, I have a firm belief that I also can achieve anything!

The Canon Collins Scholars Conference was a significant highlight for me. It was an exhilarating experience. The energy there was contagious. It was a privilege hearing first-hand from one of the greatest icons who champion the rule of law and justice, Justice Albie Sachs. A remarkable storyteller, his session left the lawyers in the room marvelled by his wealth of wisdom.

“I helped Chris Hani escape, that was against the oath I took, but I made a choice, to make a greater sacrifice … I do not see myself as an activist. I am a freedom fighter!” explained Justice Sachs.

An important lesson I learned from our talk with Justice Sachs is that the quest for freedom has been one of the most topical issues throughout humanity and also the role that people like Justice Sachs played in making the world a better place. We, the youth, are now left to carry on with the same energy and rigour.

As a Canon Collins Human Rights and Social Justice Scholar whose quest is to advance environmental justice, listening to Justice Sachs, one of the most progressive minds to sit on the Constitutional Court bench, reignited something in me. I couldn’t help but think of how he laid fundamental principles of environmental justice in Fuel Retailers Association (the first case on environmental rights in the Constitutional Court). In my view, he gave a more holistic judgment showing the need to consider social and environmental impacts alongside economic impacts. As I forge ahead, I will constantly reflect on the key nuggets Justice Sachs delivered. The conference truly ignited a connection for social justice.