Ethel de Keyser (4 November 1926 – 16 July 2004) was the daughter of east European immigrants, who offered her the best upbringing they could muster. Her Russian father provided the artistic genes, her Lithuanian mother, the ability to debate an issue with flair and conviction. They sent her to an English-speaking boarding school in Stellenbosch, a town incidentally, where the concepts of apartheid were, at the time, being evolved.

Her ambitions were at first artistic rather than political. For many college-leavers of her generation, London was the Mecca. Living here in the years after the war, her close circle of South African friends included a pianist, a violinist and a painter. She wanted to be an actress, but the Royal Academic of Dramatic Arts turned her down.

Her father was killed in a car accident and she returned to Cape Town with her husband, David de Keyser. Her brother Jack was now running the family clothes importing business. Jack Tarshish was an untamed spirit, a Party member who practised what he preached. He shocked local sensibilities by being the only white in a Coloured rugby team.

I should say here that in spite of her later public profile, Ethel was a carefully private person. I ‘debriefed’ her at length on her life and times, and not much is disclosed of the ‘inner woman’. While little is known about Ethel’s private life, the figure that shines through is Jack, her hero. And big brother expected great things of his sister.

Now occurred in the terminology of Hollywood, the inciting incident. A packer in their business knifed a white man in the arm – it was the penknife used for tying up parcels. As an African he stood no chance in the white man’s court. Ethel found a white couple who could corroborate that it was an act of self- defence – and persuaded them, against their better judgement, to say so in court. The man, and a cousin also in the fracas were acquitted. 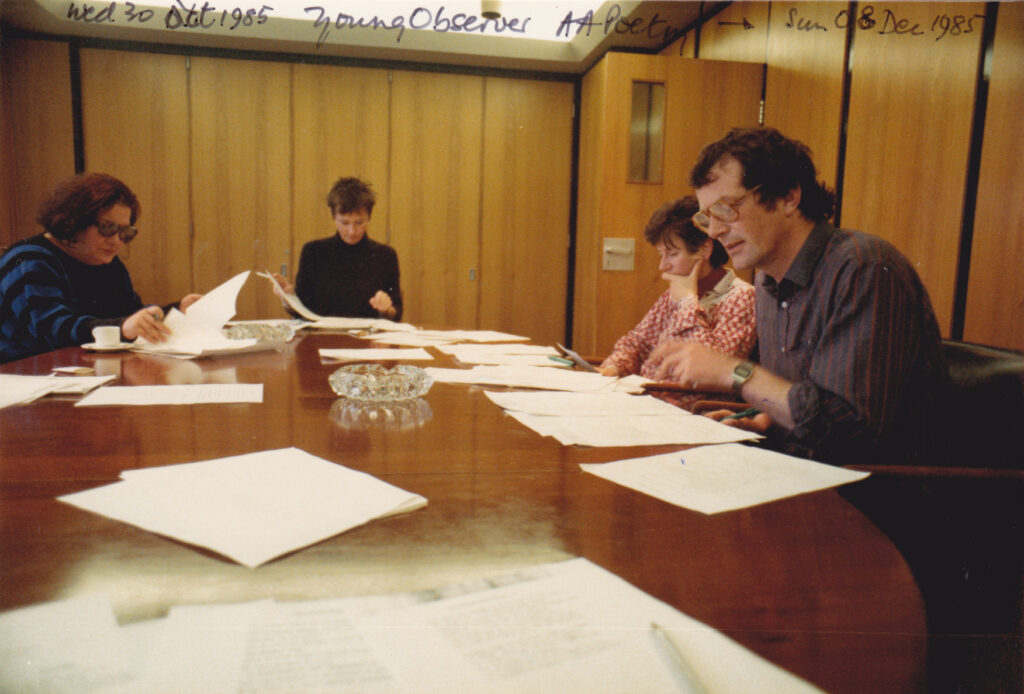 Ethel was back in England when Jack was jailed for twelve years for sabotage. Though he faced the death penalty, he had told her not to come for the trial as the police suspected she was politically involved. On a previous visit, with Jack house-arrested, he had asked her to get two men out of the country – they might have been Chris Hani’s father or uncle or both of them she said. But their car arrived late at the border town and, ignoring Jack’s instructions, she put them in the boot and drove into Lesotho. One her way back the border guard made her sign the book. The name “E. De Keyser” was in the system. Jack was furious.

But now she did go back, and straight to Roeland Street prison. “He used to be very insistent that one didn’t let the side down … always dressed well and maintained a discipline in the face of the enemy. I went to the jail dressed to the nines. Jack who “looked terrific in khaki corduroy suit”, told her to “see to it that you look like that when I get out”.

The visit was short-lived. She was in central Cape Town when her car was jammed and a security policeman served her with a deportation order. The car then filled up with five special branch officers. She regretted not drawing attention to herself by running down Queen Victoria Street. “I was too well brought up.” She returned to England, angry and focussed.

Ethel was living with the Barbadan writer George Lamming with whom some years before, had attended the seed meeting of the Anti-Apartheid Movement (AAM). Now she joined as a volunteer, while working for the London Symphony Orchestra. With Frene Ginwala she organised a midnight charity concert at the Prince of Wales theatre, with the painter Sydney Nolan doing the programme cover and Ted Kotcheff directing. It was the first of those hallmark celebrity occasions. In March 1965, she moved full time to AAM, and in a few years was its executive secretary. Here begins the public life of Ethel de Keyser.

Ethel brimmed with ideas, which were offered to journalists in a persuasive, charming, but by no means ingratiating, manner. She had a special bond with several of us at the Sunday Times, then Britain’s most influential newspaper. My first memory of her – in a fire-hazardous sweatshop above a Spanish importer in Charlotte Street – was that languourous drawl, then the figure swathed in cigarette smoke hunched under an unruly bookcase, urging a Caribbean high commissioner to speak out against an all-white rugby tour.

Those were quiet times inside South Africa, with the ANC leadership in prison or exile. But the story was happening here, in Britain, and AAM’s hands were full educating public and government on sports ties, the discriminatory practises of British companies in South Africa and the unending saga of Smith’s UDI. (Ethel earned her struggle spurs with a conviction for incitement to riot after a demonstration outside Rhodesia House in the Strand.)

The arms embargo was AAM’s greatest concern. Abdul Minty arrived at a Commonwealth conference with a 100,000-signature petition that helped restrict Tory ambitions. But later, Labour ministers worried about their voters losing jobs in the armaments industry. Ethel was criticised for bringing in Denis Healey, Labour’s defence minister who was ready to trade arms. On a more personal level, she was dismayed by the Russian invasion of Czechoslovakia and objected to the attitude that “criticism or questioning was in effect a form of betrayal.” Jack was released in 1975, and arrived in London seriously ill. Ethel gave up her job to be with him. It was, anyway, time to move on. After a decade of Ethel de Keyser, the movement, love it or hate it, was established in the conscience of the British public.

She moved to book editing, but in 1980, a year after Jack died, returned to the fold as director of the British Defence and Aid Fund (BDAF). She shared with John Collins a genius for persuading people to hand over pots of money. Both ran their operations at a tempo that could be difficult to live with. Work with him, not for him, it was said of the canon, and much the same could be said of Ethel. BDAF was the handmaiden of the international fund, arranging charity concerts, filling a page of the Guardian with signatories calling for Nelson Mandela’s release. Its education Committee took the story of apartheid into British schools. Her list of sponsors – an ex-prime minister, an actress dame, playwrites and professors, musicians, composers and a buzz of bishops – might have been the envy of an ambitious Hampstead hostess.

Ethel loved the good things in life. She read widely, a relative would take her to the opera, and Jack would have approved of her elegant wardrobe. She cared about people. She listened with real concern to one’s personal problems…and might phone you later with a suggestion that meant she was still thinking about you.

Seeking a space between AAM and IDAF, and encouraged by Collins, Ethel began to devote more of her time to education. After he died, the Canon Collins Educational Trust for Southern Africa (1983) began its formal existence. It was a good choice, for an inferior education was the most ‘successful’ – therefore the most destructive – of Dr. Verwoerd’s dreams of black inferiority. In time, Defence and Aid and Anti-Apartheid were disbanded and most of us moved on to other things. But Ethel was only beginning. She had no children of her own, but now she was able to hand on to thousands of southern Africans that most cherished parental legacy, a good education. She knew each scholar by name, and was always pleased when they climbed the iron stairs to the office in Northampton Street for a sandwich and a chat. Now too, she could badger conscience money out of those captains of industry who had blotted their copybook in the days of apartheid.

She loved brilliant ideas and none more so than the Phelophepa Health Train and its ‘driver’ Lilian Cingo. She remained active and passionate to the end. And where else for her finale but a celebrity fundraiser, in May, at the Dorchester. She was the same age as Canon Collins when he died on the very night when he retired from the organisation he had founded. She died two days after her job was advertised. Vive our unrepeatable friend Ethel de Keyser.