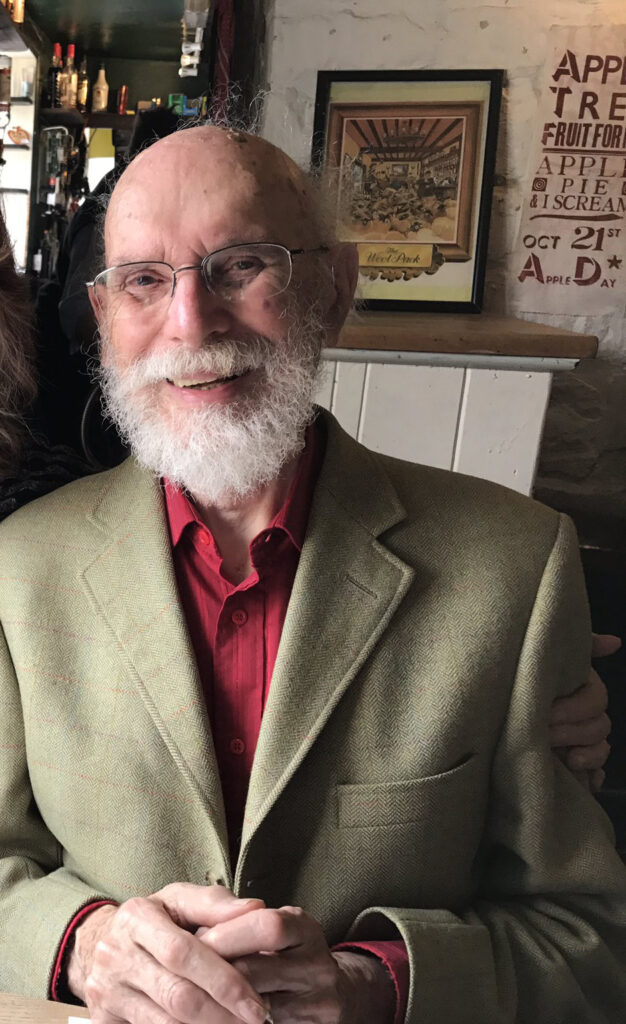 Keith grew up in the Berlin of the 1920s and 30s. His father, Norman Ebbutt was Chief Correspondent in Berlin for The Times, until he was expelled for espionage in 1937. In those formative years, Keith experienced first-hand the horrors of nazism. He was sent back to England for his schooling, where thanks to a German nanny and fluency in two languages, he spoke with a German accent. He must have been an easy target for bullies in the wartime environment of Britain – but perhaps what struck him most powerfully in those years, were the deep class divides and injustice with which manual labourers and the poor were treated.

Keith’s early experiences inspired in him a lifelong dedication to pacificism, universal fairness and equality. The first steps of this journey were taken in the school library. “I started reading about class, socialism, the arms industry, peace campaigns and so on…The unfairness of most people’s lives contrasted with those of the families from which my fellow pupils came.”

He was an ardent supporter of the Campaign for Nuclear Disarmament, and would take his daughters on the Aldermaston Marches. This was how he came to know and respect the work of Canon John Collins, who they remember seeing at the head of the marches; once with Bertrand Russell.

Keith’s other great passion was education. A gifted chemist and teacher of chemistry, he became Principal of a newly formed polytechnic just before he retired. His daughter remembers that he believed strongly in the power of education, and the right of all young people to free education. “He admired the work that the Canon Collins Trust is doing to help and support individuals in South Africa in education and programmes that encourage leadership based on human rights.”

The span of Keith’s life has been witness to humanity’s most remarkable era. We have seen tremendous advances in so many aspects of life, especially technology. As an educator of the sciences, Keith has actively contributed to that. But class inequality and fascism, the demons of the early 20th century, continue to affect us today. Keith found cause throughout his life to resist inequality of the classes and fascism as they re-asserted themselves across the world time and again.

We pay tribute to his life, of which we were a very small part. It means a great deal that on his 100th birthday he asked for donations to Canon Collins Trust in lieu of gifts, as one of the charities he supports. It means a great deal that he has left us a gift in his will and that donations were collected at his funeral. It means that Keith Ebbutt never gave up hope, never lost heart or stopped pursuing what he believed in till his last breath. Perseverance is a very special legacy.

Through his perseverance, Keith has touched many lives in southern Africa. We can report back with gratitude to his family that yes our alumni are advancing the cause of freedom and equality. Some must risk life and limb, others must take a paycut, others fight in the courtroom or the boardroom; while others take their resistance to the streets. But it is happening. The arc of the moral universe is long, but it bends towards justice, to quote Barack Obama. But it will not do that without intention and effort – or without the undying dedication of individuals like Keith Ebbutt.